Only one in two HIV-infected Ukrainians knows about his/her status. According to estimates, there are 240,000 people living with HIV (PLHIV), out of which 146,000 HIV-positive citizens are under medical observation in Ukraine. According to UNAIDS, over 100,000 HIV+ Ukrainians are not yet aware of their diagnosis. One of the main problems is the lack of access to HIV testing services.

Two months ago, Oleksandr, 25 years old, learned he was HIV-positive. At that moment he thought his life was over.

“I agreed to talk and receive support from a social worker. I learned from her that I can live with HIV.”

“I live with HIV for 20 years. In 1998, when I was diagnosed, it was really a death warrant, because Ukraine had never had access to antiretroviral therapy, there had been no proper state funding of HIV programs and, in general, no public awareness of how to live with this disease,” says Dmytro Sherembey, the head of the largest patients’ organization in Ukraine, CO “100% of Life” (All-Ukrainian Network of PLWH). “Today, it takes weeks from diagnosis to treatment initiation! This is an extraordinary achievement, which we, the patients, have won first with the support of international partners and later the state.”

The success of the RESPECT project has become so significant that the model of client’s involvement in testing and treatment, which was developed and tested during the project became the basis for the new large-scale HIV response project in Ukraine – USAID HealthLink. In the framework of this project, within five years, the American party will invest  $22 million in overcoming HIV, and this is the largest USAID project related to the healthcare system of Ukraine.

“The model proved to be highly effective because it focuses on clients’ needs and local specificity; the model is flexible and involves doctors in testing patients with rapid tests. This approach was approved by the doctors of the pilot healthcare facilities. A key factor contributing to referring new patients to treatment is the role of the social worker who, together with the doctor, brings care to the patient,” says Oleksandra Vynogradov, an expert of CO “100% of Life”, who was among those implementing USAID RESPECT in Ukraine.

All these algorithms work within the HealthLink project, and they are complemented by new approaches in line with medical reform in Ukraine.

First, new patients are not lost. The social worker supports them and provides them with treatment.

According to statistics from the Kyiv City AIDS Center in capital city 59% of newly diagnosed PLHIV were lost on the way between diagnosis and treatment.

Photo by CO “Light of Hope”

Maryna Pereverzeva, the social worker from Poltava region of Ukraine, recalls meeting her first client, “I met the first client with the help of her husband who is also HIV-positive. The couple had two children. After testing and identifying her status, the woman was turned inward and did not want to listen to me or a psychologist. She just ran out of the office and did not answer the calls. I decided to take a brake for several days giving her time to calm down. Then we spoke. I talked about the importance of treatment, supported her, and invited the her to undergo additional examination. The status was confirmed. She is currently taking ART together with her husband.”

Second, systemic changes are taking place and family doctors are involved in testing.

In the framework of the medical reform, the testing algorithm itself is changing in Ukraine, and the widespread use of rapid HIV tests is suggested for family doctors.

“Who else if not the primary care providers can help the patient to understand risky behavior and the need for testing,” says Volodymyr Kurpita, the director of the Public Health Center of the Ministry of Health of Ukraine.

A model of training and engaging family doctors in HIV testing has been tested within the USAID RESPECT project. Pilot initiatives demonstrated how effective testing and diagnostics were at the primary care level. The number of patients, who were examined with rapid tests increased by 23%.

Therefore, 48 thousand people will be tested within the HealthLink project only during 2018.

“This project is unique because it organically fits the medical reform, supports the development of the E-Health system, and launches a new model for patient support changing the role of doctors themselves in fighting the HIV epidemic in Ukraine. Now, it will be possible to get HIV tested by rapid tests by paying a visit to family doctors in hospitals,” Dmytro Sherembey highlights.

Third, the work to reduce the stigma against PLHIV among health workers is ongoing.

“According to the results of the final assessment, the level of HIV-related stigma and discrimination against PLHIV and representatives of risk groups reduced by more than three times, from 43% to 13%, among medical personnel of selected healthcare facilities,” says Oleksandra Vynogradova commenting the results of the RESPECT project in the framework of the Stigma Index Study.

Stigma is a major barrier to testing services. Therefore, a special attention was given to  education and training of medical workers: in 5 years more than 3000 doctors will be trained. In 2019 HealthLink will conduct the next fourth phase of the Stigma Index Study. Ukraine is also a leader here because it will be the country where the Stigma Index Study is conducted more frequently than anywhere else.

Oleksandr became one of the first who received assistance through the HealthLink project. “I take therapy and everything will be fine for me! I don’t know if I could be able to get my thoughts together without social worker’s help. I feel her support, I’m not alone,” says Oleksandr.

Ukraine now demonstrates leadership in the Eastern Europe and Central Asia region in response to the challenges posed by HIV epidemic.

“We rely on already existing experience, and we will do everything possible to accelerate the overcoming of HIV in Ukraine in the new project. Changing the paradigm of doctors in the process of overcoming the epidemic in the country, involvement of family doctors, social workers’ support, so that people are not lost, when they find out they are HIV-positive, continuous systemic changes in the state that NGOs implement with the support of the state and international partners – all these examples are key to bring care as close to patient as possible,” Dmytro Sherembey summarizes.

On 16 of June the 100% Life submitted to the Ukrainian Patent and Trademark... 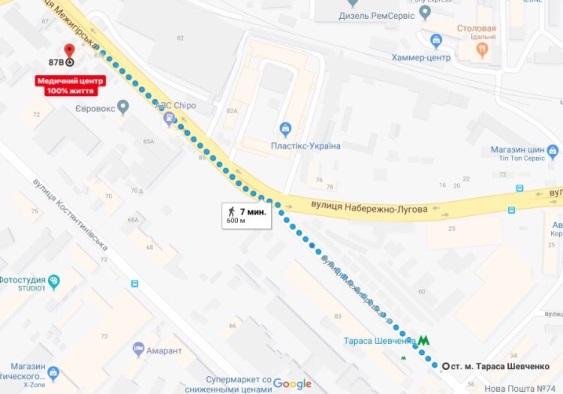