Under the Verkhovna Rada, there was a monument to the victims of medical populism The patients mounted “The monument to victims of healthcare populism” near the Parliament building. The symbolic crosses with crucified T-shirts bearing the names of deceased people who died without long-awaited treatment appeared under the Parliament building during a civil society action. This event expressed the patients’ call on the MPs to vote for the health reform draft laws before July 14, that is, prior to the parliamentary vacations. Otherwise, the healthcare freeform would have been delayed for an unidentified term. “The unwillingness of the MPs to vote for the health reform is an act of populism and a slap in the face of all voters, says Olha Stefanyshyna, CEO of the CF “Patients of Ukraine” – Every second citizen of Ukraine has to delay the treatment because it is not guaranteed by the state. Meanwhile, the MPs keep talking from their high tribunes about the need to maintain free treatment. This is just a matter of flashy speeches. For an ordinary Ukrainian, however, this is a matter of lost lives of the relatives who might have been saved if the reform was approved 5-10 years ago».

This plenary week is the deadline to consider draft laws No. 6327 and №6604, allowing to launch the healthcare reform already the next year. If Verkhovna Rada ignores these drafts till July 14, the health reform will be postponed for at least a year. Draft law No. 6327 was supported by the Parliament in the first reading and improved in the working group consisting of the MPS.

Now the patient community is looking forward for the positive opinions of the Healthcare Committee and the voting for the draft laws package by the Parliament if the second reading. “Recently Nastya, the 4-years-old daughter of my friends (godparents to my child) died because of indifference, lack of professionalism and medical mistake”, – told the event participant Pavlo Polamarchuk. – More than 1600 of Ukrainians die daily, 400 of them could have been saved by increasing the quality of medical services. Those who failed to vote for the reform and approve the necessary changes will bear personal responsibility for the extinction of Ukrainian nation because of populism and lack of political will for changes”.

We would like to remind that the patients many times called on the MPs to initiate the healthcare reform and vote for the draft laws suggested by the Ministry of Health. Currently the working group on the basis of the specialized parliamentary committee is discussing more than 900 amendments submitted by the MPs. The patients are concerned that the MPs might “wash out” the essence of the reform by the sheer number of corrections and approve absolutely different laws or fail them under the pretext of a populist slogan of “maintaining free healthcare” which is de-facto nonexistent in Ukraine. Based on the “FREE” healthcare study results, 97% patients of outpatient facilities and the same percentage of inpatient clinics patients paid for their treatment on their own. 49% of patients refuse to take treatment because it is not affordable for them, 44% of patients had to sell their possessions and borrow money to cover treatment costs. Only one-third of Ukrainians seek treatment from a hospital if they get ill. The reason is the high cost of treatment and lack of confidence in the healthcare providers.

The representatives of the patient community are ready to unite in the national network and continue fighting for the reform, thus, for the life of patients, if this week the populism overcomes the common sense and requirements of Ukrainians. “We’ve passed the point of no return. We, as patients, know the price of the wasted time. This is the decisive day for MPs when they should take responsibility and choose, whether they would side with the patients or with the corruption-ridden system”, says  Dmytro Sherembey, Chairman of the Coordination Council of the CO “Network of PLWH”,  “During this year we will see whether the MPs will be able to overcome political impotence and populism. If they will not, the society would have to opt for more radical means of persuasion”.

During the event the civic organizations submitted collective appeals to the Parliamentary Speaker Andriy Parubiy asking to put the issue of healthcare reform for voting this week, July 14, and called on the heads of the parliamentary factions to support these draft laws during the consideration. “Everybody falls ill and dies sooner or later. Meanwhile, according to the current statistics, every fourth person is prone to the risk of cancer. That’s why healthcare reform answers the question of what level of assistance everybody of us will be able to get. And we should be very vocal about this”, says Iryna Lytovchenko, co-founder of ICF “Tabletochki”.

We would like to remind that the healthcare reform implements honest relations between the doctor and the patient and is based on the three pillars. First, the reform suggests abandoning the Soviet principle of funding based on the number of hospital beds. That is, the state will pay for high quality medical service, while the patients themselves will choose a health facility t seek this service from. This launches the “money follows the patient” principle.   Second, the healthcare reform implements the guaranteed package of medical services – the list of services which will be provided to patients free of charge. The state will cover 100% of the emergency care, assistance of a family doctor, physician, pediatric specialist, as well as palliative care for terminally ill people and childbirth.  Highly specialized care and diagnostics will be covered by the state and the patient jointly on the co-payment basis under clearly defined tariffs, which will be uniform and official for all Ukrainians.  Third, all the patients will have equitable access to care, regardless of their social status and income. Every Ukrainian will receive the same medical care as an MP or minister and will be able to approach the same doctors for assistance. It is expected that the healthcare funding system change implemented by the draft laws package would allow to highly increase the official salary of Ukrainian health professionals. 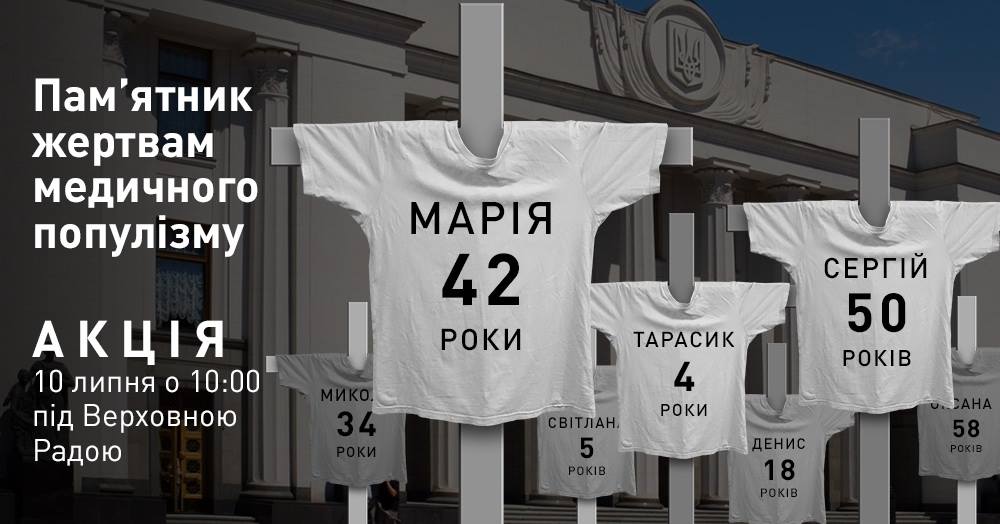 PRESS-RELEASE A monument to victims of medical populism Dear journalists, We invite you...

The network “100 percent of life in Rivne” became a co-organizer of the conference “Practice of palliative care in the Eurasian region. Exchange of experience”

On October 17 and 18, 2017, the international conference “Practice of Palliative Care... 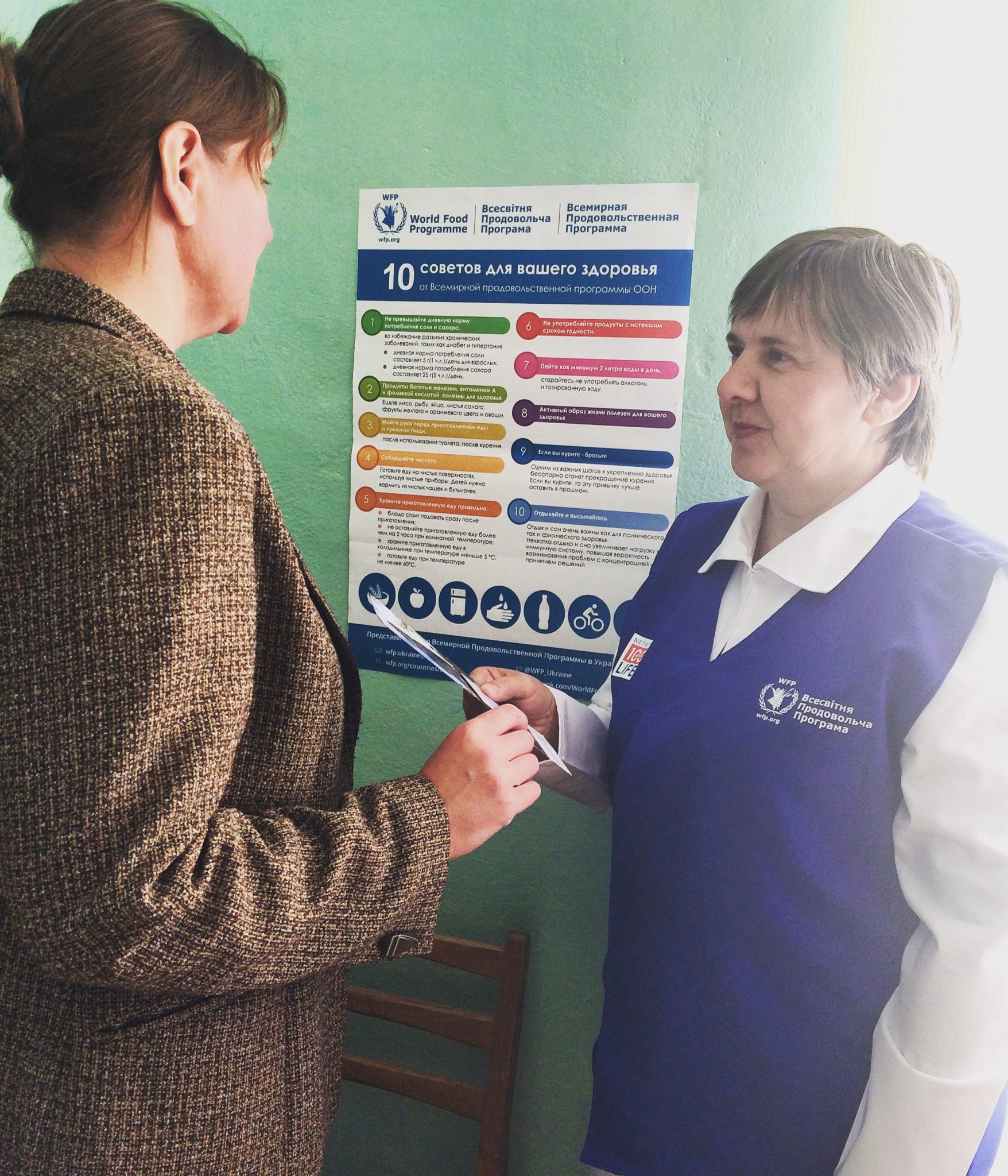 The Network of PLWH in partnership with the World Food Program is implementing...