#InYourPower: a new dialogue between the state and civil society in the fight against HIV

On October 2, the team of the regional project “Sustainability of Services for Key Communities in the Eastern Europe and Central Asia Region” (# SoS_project) announced the launch of the “It’s in Your Power to Stop HIV”  information campaign that started with flash mob in social media marked with hashtags #InYourPower and #вТвоихСилах .

More info about the campaign with detailed guide on how to join and support it ,can be found on official web site  https://inyourpower.life/  and campaign’s pages on Facebook and Twitter. All materials are available in Russian and English.

“Doctors, social workers, nurses, community organizations have done and are doing their job. But another component is important: state leadership. Everyone who is not accidentally in the office of an official who has the authority to make decisions should take them in favor of the people. And in the area of ​​HIV / AIDS, this means progressive legislation, allocation of funds for prevention and treatment, public procurement at competitive market prices, and other things that can save lives, ”says Andrey Klepikov, executive director of the Alliance for Public Health. – Time is what really matters when it comes to tackling HIV epidemic. Therefore, we are looking for leaders. Leaders who can make a difference in their countries. Not the day after tomorrow, not tomorrow, but today. ”

Campaign is initiated by  Alliance for Public Health and CO “100% Life” and is implemented  with information support from the UNAIDS regional team in the EECA region and financial support from the Global Fund to Fight AIDS, Tuberculosis and Malaria within the framework of #SoS_project. The campaign will last until December 2021.

“#SoS_project is a working strategy to save lives, and our campaign is a simple and clear action guide that will explain that in order to stop the epidemic you don’t need to be a magician,” comments Dmitry Sherembey, head of the Coordinating Council of the CO ” 100% Life. “The dialogue between patients and officials, the optimization of procurements, tolerance and, most importantly, the ability to listen and hear each other – these are simple steps that are necessary to stop the epidemic.”

According to campaign coordinators,  they were faced with the task of developing a communication strategy that would form a motivating public background and contribute to increasing the effectiveness of the dialogue between civil society and government officials. Thus the main task was to offer them a scenario of interaction understandable to both sides. This is necessary in order to form a new generation of leaders who will be able to see and understand the social demand to accelerate the fight against HIV / AIDS. They will have the arguments and make important decisions in favor of sustainability of HIV services in order to save at least 2 million people living with HIV in Eastern Europe and Central Asia, as well as the Balkan region.

Tatyana Deshko, director of international programs at the Public Health Alliance, shared her experience of working with municipal teams, which showed that cities have the resources and infrastructure to stop the HIV / AIDS epidemic. “I appeal to the mayors of cities in Eastern Europe and Central Asia, the only one of the two regions where the HIV epidemic continues to grow: it’s in your power to stop the HIV epidemic! As mayor, you can sign the Paris Declaration; to develop a city program with goals for the prevention, identification and immediate start of treatment; allocate respective city funds. ”

The campaign has already been openly supported by Peter Sands, Executive Director of the Global Fund, Michel Kazatchkine, UNAIDS Special Advisor on HIV, TB and Hepatitis, Gennady Trukhanov, mayor of Odessa (Ukraine), Kostas Bakoyannis, mayor of Athens (Greece), Nurbek Kadyrov, Deputy Mayor of Osh (Kyrgyzstan), representatives of the municipal government of Sofia (Bulgaria), as well as #SoS_project project partners from the countries of the region. The list of supporters is growing.

“In the process of developing the campaign, we studied the trends, lessons and impacts of information campaigns implemented in the region over the past 5 years. During the six months of preparation, we went through everything: heated team discussions, radical changes in the concept, in-depth interviews and discussions with officials, consultations with communication experts and political scientists, representatives of communities from different countries! – note the initiators of the campaign. – As a result, we formed the message that was positive, simple and most understandable to all parties: it’s #InYourPower to end HIV! And we will make the best examples in the EECA region known to everyone. ”

It should be noted that more than 30 years of experience in combating the HIV / AIDS epidemic have demonstrated episodes of both tough confrontation and successful interaction between government agencies and civil society. Today in the region there are examples of bold decisions and selfless work of both sides. For the most part, productive dialogue and examples of effective cooperation in a number of countries are the key to stop the epidemic.

The #InYourPower campaign is designed to talk about such decisions and people, showing that everyone can stop HIV. The main thing is to learn and acknowledge  the contribution of partners and work together to provide the necessary assistance to those who really need it.

“Today it is extremely important to reach a new level of dialogue and interaction between civil society and state partners. I hope that within the framework of SOS_project and the information initiative    “#InYourPower ” the conditions for it will be created, and we will be able to finally reverse the trajectory of the HIV epidemic in the region and end the AIDS epidemic once and for all “

The organizers of the info campaign do not limit the geography of its action, therefore they present all the promotional materials in Russian and English. At the same time, the organizing team will focus its efforts on 14 countries of EECA and the Balkan regions: Belarus, Bosnia and Herzegovina, Georgia, Kazakhstan, Kyrgyzstan, Macedonia, Moldova, Montenegro, Romania, Russia, Serbia, Tajikistan, Ukraine, Uzbekistan.

The main feature of the campaign will be the “regional like” or the #InYourPower award. This prize will be awarded to leaders in the fight against the HIV / AIDS epidemic – officials, experts and politicians who, according to representatives of civil society, have made the greatest contribution to the fight against the epidemic in their country. You can nominate such leaders by filling out the application form on the web site https://inyourpower.life/.  The nomination will be put to the vote by “likes”, and the nominees who have collected a sufficient number of likes will be submitted for consideration to special committee of trust to make a final decision on the award. The information component will be a special series of publications on people and solutions that save lives in the EECA region and the Balkans.

#InYourPower Campaign is initiated by the Alliance of Public Health and the CO “100% Life”, with information support from the UNAIDS Regional Office in the EECA region and financial support from the Global Fund to Fight AIDS, Tuberculosis and Malaria within the framework of  #SoS_project. Learn more and join the campaign on the official website, Facebook and Twitter pages. 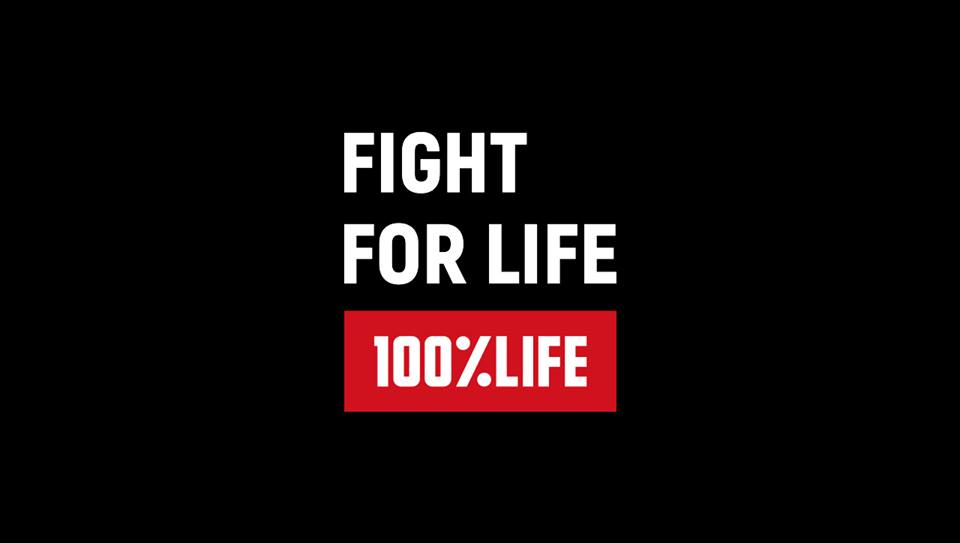 On September 4-5, 2018, the Charitable Organization All-Ukrainian Network of People Living with HIV/AIDS... 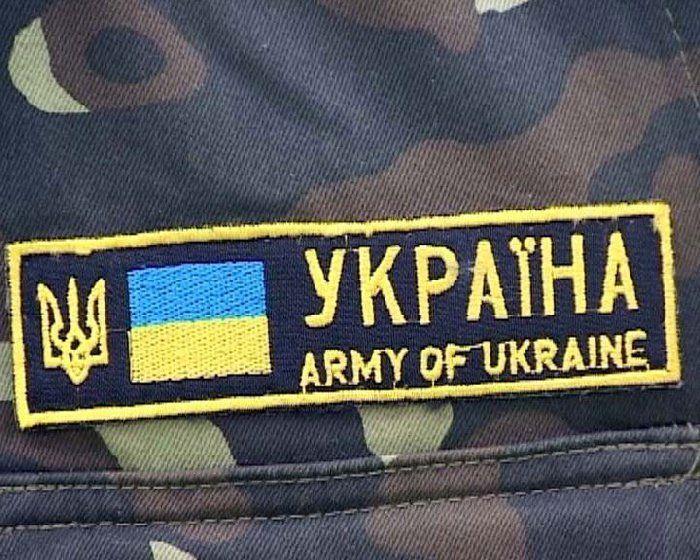 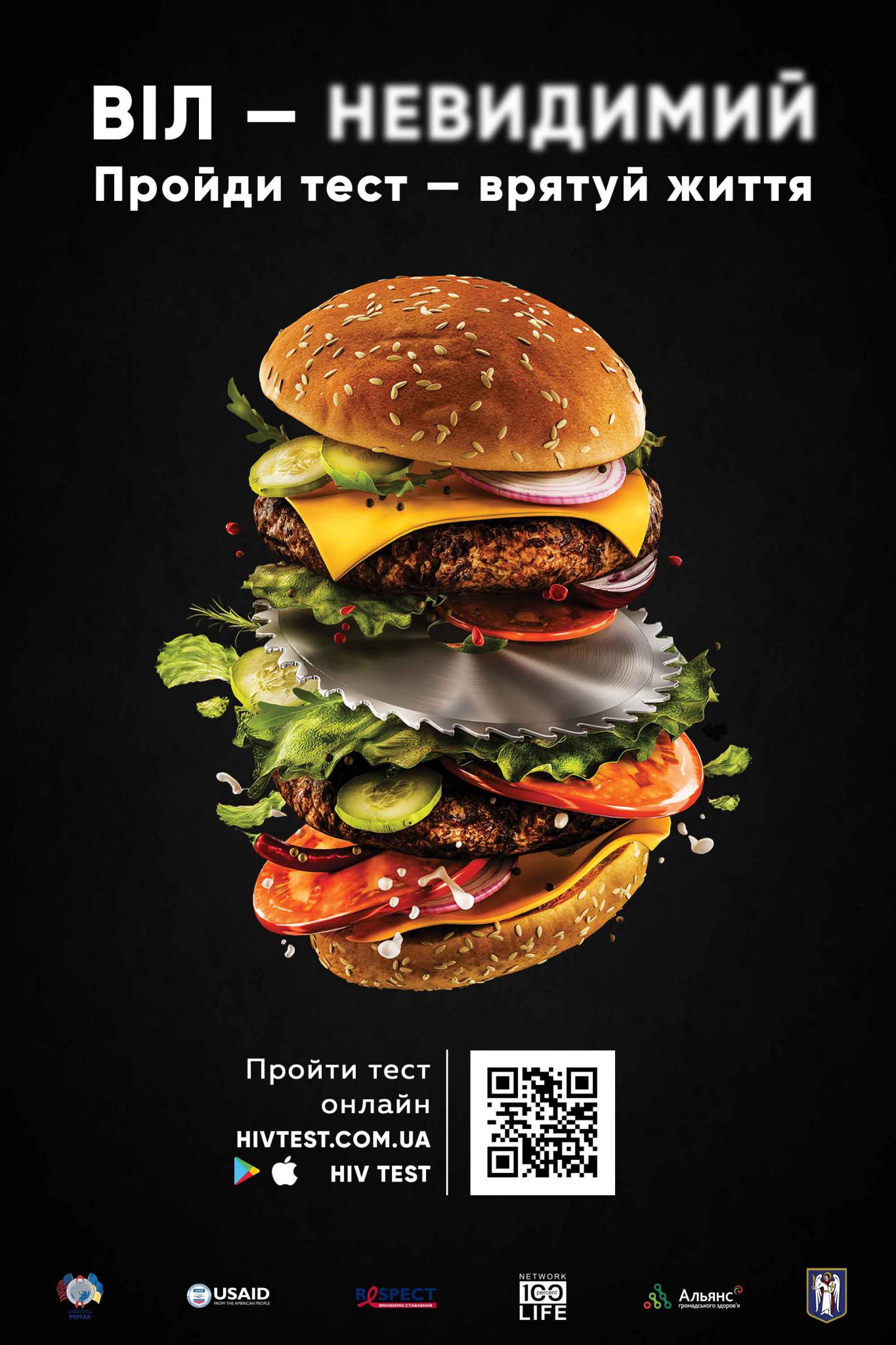 All-Ukrainian educational and information campaign “HIV – invisible, go through the test – save lives!” Has started.

Every second HIV-positive Ukrainian, namely 50%, does not know about his/her status. In...