Valeriia Rachynska powerfully delivered the NGO Delegation’s Report on People on the Move, Key to Ending AIDS at the 43rd PCB Meeting in Geneva.

“I am Valeriia Rachynska, NGO Delegate for Europe. I am very pleased to present this important NGO report on behalf of the Delegation and all the people on the move from all over the world, regardless of their race, age, gender, sexual orientation and religion.

I am a second-generation migrant. My mom was an international labor migrant. She was a former teacher, deputy director of a school who became an undocumented immigrant in Italy in 2000. She was a single mother and our family was so poor that sometimes we did not even have a piece of bread to eat. I would just dream about new clothes or shoes and frequently hear my mom crying at night, because she did not know how to feed me and provide me with education. There was one winter when we had just one pair of warm boots between us. We had to make hard decisions about whether I would use the boots to get to school or her for work. The average temperature that winter in Ukraine was -15 degrees. Did she have another choice? Yes, of course. We could become homeless or I could begin to do sex work like a lot of girls from poor families were doing in our town.

When my mother arrived in Italy, she lived in fear spending the first 3.5 years in the status of an illegal migrant. She rarely went out for a walk, in fear of the police. This fear led to no access to services, or medical help even when she was very ill. She was subjected to harassment by employers with no option to complain. Did she do something bad? No, not at all. She was making the best decision to take care of her family — including an old mother, a sick sister, and two young-students.

Thanks to my mother’s resilience, I received a university education and found a good job. I promised myself that my family and children would never see poverty like we experienced as a migrant family and the problems associated with it.

It’s not fair when some people say that labor migrants are just moving to make their lives better, or to improve living conditions. This is life-saving migration. Are the reasons for labor migration less important than that of internally displaced people and refugees? No. It is just as horrifying to die from hunger as from a bullet. My kids and I faced a war that was diplomatically described by some as ‘Armed conflict between Ukraine and Russian Federation’. Originally, we were from Luhanska oblast when we were internally displaced in 2014, when this conflict started. Again my family, and this time, my children, were left without anything. We moved, officially registering as internally displaced, and to my surprise, we very quickly got access to all health care services.

It turned out that, despite the fact that we fled from the war and lost everything, we were better protected by laws than undocumented migrants, including having access to healthcare and social services.

Our NGO Report, People on the Move, Key to Ending AIDS, builds on our 2017 NGO Report, which clearly showed that mobile populations are over-represented among people living with HIV who are undiagnosed, not on antiretroviral therapy (ART) not virally suppressed––even in countries that have achieved or exceeded the 90–90–90 targets. The findings from the 10-10-10 NGO Report were instrumental in deciding on “people on the move” as the theme for the 2018 NGO Report. For the purposes of this report, and given the lack of international consensus about key terms like “mobile” or “migrant” populations, “people on the move” or human mobility are used as comprehensive terms that include international migration, refugees, people experiencing internal or forced displacement, people moving because of climate change impacts, or labour migrants. This mirrors the definition developed by the International Organization for Migration (IOM), which uses the terms ‘migration’ and ‘migrant’ to refer to people moving across an international border, as well as within states, and regardless of legal status, willingness, cause or length of stay.

For these reasons, the Delegation decided to use the IOM definition of “migrant”, because for us, migrants and other mobile populations are those who were left behind in terms of the 90-90-90, without access to the services of prevention and treatment. With other definitions, these disenfranchised populations become left behind; part of the 10-10-10 with little or no assistance if we do not include their issues in the agenda.

This broader definition of “migrant” is much more inclusive and encompassing and provides a wider safety net of support for the 10-10-10.

We ask you to pay more attention not to the definitions, but to the new trends of migration, the results of this report, and those recommendations that we have developed while studying the best practices, conducting interviews with stakeholders, people who represent communities and are migrants at the same time.

To better cope with the challenges that we face in terms of migration and the HIV response, we need to understand major trends in population mobility.

In addition to common reasons for moving, such as seeking professional and economic opportunities or family reunification, people increasingly are being forced to move to escape conflict or because of climate change, violence, persecution, political oppression, economic collapse, environmental and human-induced disasters, food insecurity or famine.

Recent examples include people fleeing the conflict in eastern Ukraine or crossing the Mediterranean to reach Europe. In South America, there is significant movement internally within the region: Argentina, Brazil and Chile attract the majority of such people on the move. Large numbers of people are fleeing Venezuela and moving to neighboring countries such as Brazil and Colombia.

In 2017, there were about 30 million new population displacements as a result of conflict and disasters across 143 countries and territories.

In such situations, there is little space for discussing people’s health. Specific to the topic of HIV, there are people on the move because of their HIV or TB status or sexual orientation, who are fleeing stigma and discrimination or moving to where they may access better HIV or related health-care services.

There are currently about 11 million people on the move globally who work as domestic workers, an estimated 73% of whom are women. Women also move for non-economic reasons, for example to seek greater personal freedom and opportunity. They may be fleeing abusive relationships and/or domestic violence, or trying to escape the cultural or patriarchal obligations that are imposed on married or unmarried women, single mothers or widows. Women, children and the elderly comprise about 80% of asylum seekers and refugees fleeing persecution or violence. Mobility provides different opportunities and challenges to women as distinct from men, including specific human rights abuses, exploitation and health risks.

Population mobility is not gender-neutral.
Females on the move face unique vulnerabilities and risks of abuse and sexual violence, including rape.

Trend 3: New health paradigm – linking development and people on the move
Population mobility features more prominently in SDGs and its targets. The SDGs not only recognize rights and vulnerabilities of people on the move, they also recognize their contributions and the social benefits of population mobility. People’s movement becomes a positive means to ensure sustainable development.

Trend 4: New approaches to thinking about mobility
The lack of shared definitions of mobility poses a challenge for understanding and addressing the links between mobility and HIV risk. The report shows 14 different categories or modalities of people on the move. New thinking on population movement and HIV risk will need to be more specific and inclusive of several key strands: who is moving, how they are moving, why they are moving and the origins or destinations of their movements.

Trend 5: Challenges to globalization
Globalization is a key driver of the recent expansion in population movement. However, as challenges to globalization continue, international migration is also facing growing opposition. Immigration is again being seen in an increasingly negative light by growing numbers of people, who believe it undermines national identity, increases competition among citizens and exacerbates pressures on existing state resources and capacities. Debates around globalization have not yet been effective in producing policies that include and support people on the move. It is important to address concerns about people on the move who are not citizens, their health and their HIV vulnerability.

Here is the map showing the millions and millions of people on the move in a global perspective, most of whom have no access to HIV testing, prevention, treatment, care programs, and legal aid. In this context, stigma and discrimination is rampant.

A number of gaps influencing access to HIV care, diagnostics and other services for people on the move were identified during the preparation of the report.
• language and cultural barriers
• fear of requesting/accessing services and being reported to authorities
• lack of access to targeted services for people on the move
• lack of understanding about the health-care system
• poor living conditions
• risky behaviours and sexual practices
• lack of access to prevention services.

The review provides several examples of good practices that could cover the gaps and give us a better chance of achieving our 2030 targets. These good practices include the ones in the slide. Recommendations
This report recommends the following actions in order to more effectively address HIV and coinfection vulnerabilities among mobile populations and to achieve the 2030 targets. It calls on UNAIDS to

develop a policy brief on the meaningful involvement of migrants and mobile populations aligned with the GIPA principle of “nothing about us without us”. with recommendations on how to increase, improve and support their involvement in the development, delivery and evaluation of the AIDS response;

request that the Office of the United Nations High Commissioner for Human Rights prepare a report on the state of respect for the human and health rights of mobile populations, including those living with and at risk of HIV, as well as those belonging to key populations, and any laws that allow for travel and work restrictions, deportation or confinement on the basis of sexual orientation and social non-conforming behaviours as well as HIV, TB or hepatitis status;

develop and promote a basic package of nonjudgmental, confidential, and culturally and linguistically competent primary healthcare services that will be made available to people on the move.
● offer technical support to ensure that national health-care systems and HIV plans urgently address the needs of people on the move, establish a common data framework to improve the evidence base on HIV in relation to mobile populations, training of health-care personnel in rights-based sensitive/inclusive and interculturally competent or safe healthcare for mobile populations, protections against labour exploitation and sexual violence, and strengthened international cooperation on the health of mobile populations;

Therefore, I stand before you as a daughter of a labor migrant, an Internally Displaced Person, a mother of internally displaced kids fleeing from war. We are the victims of war, not the cause. We worked very hard, but we lived in poverty. We wanted to raise children in peace, but what we got was war.

On behalf of all of us, I am asking that you include us and acknowledge that we exist. And what I mean is all of us who are on the move regardless of the reasons for migration, regardless of our race, age, gender, sexual orientation, religion, or country of origin. Leave not one of us behind!!!” 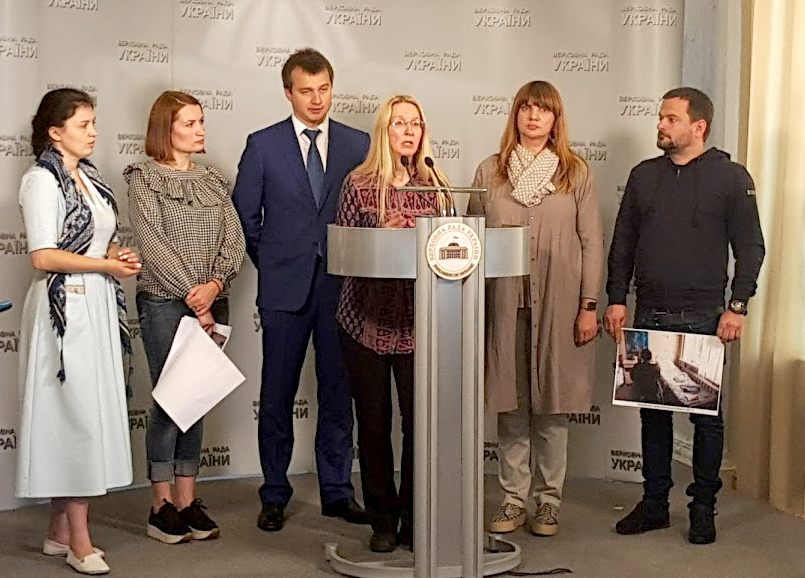 Deputies promise to see the medical reform before the summer

Before the summer break of the MPs Verkhovna Rada of Ukraine should vote... 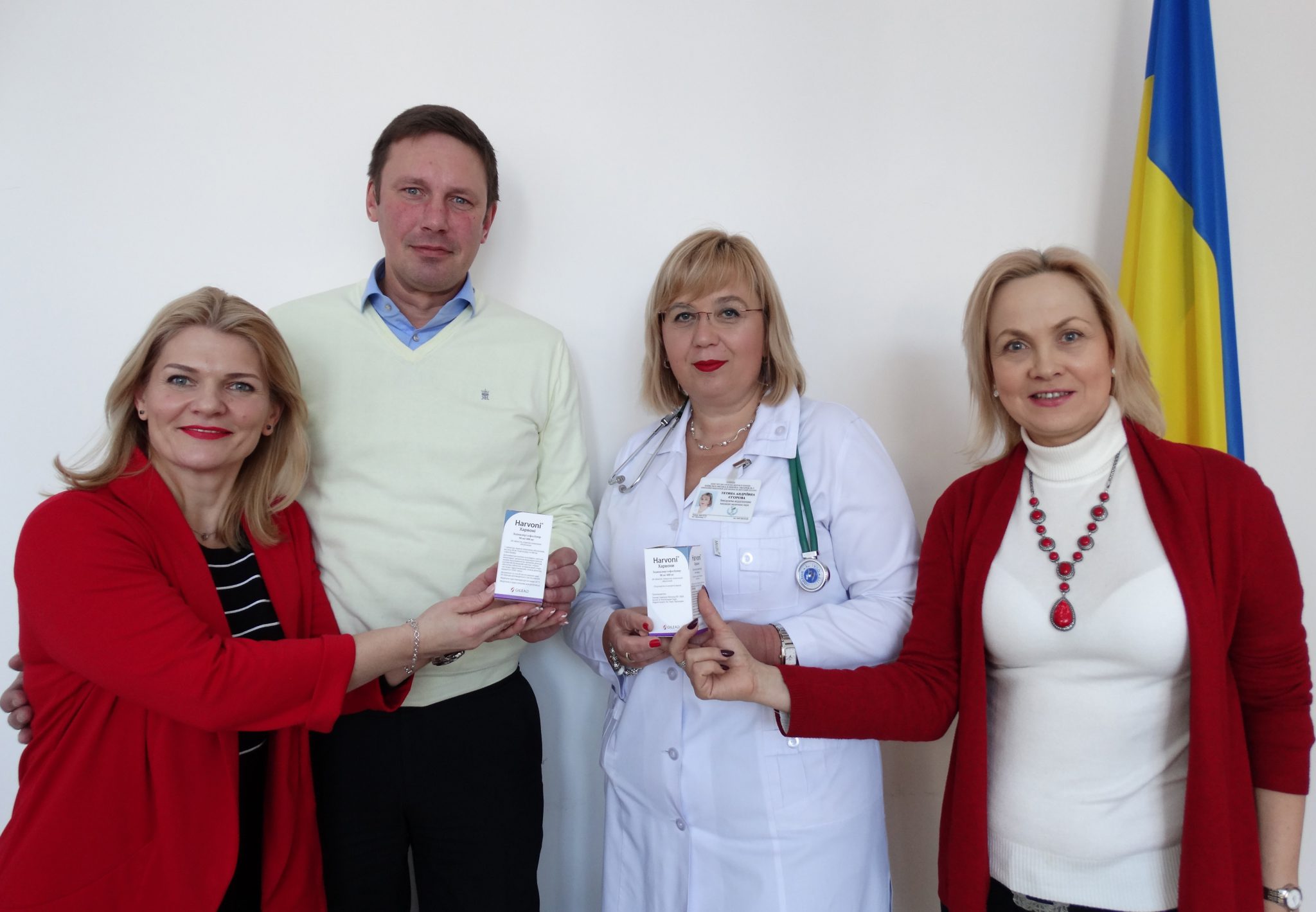 The EQUIP project on the treatment of viral hepatitis C, implemented by the... 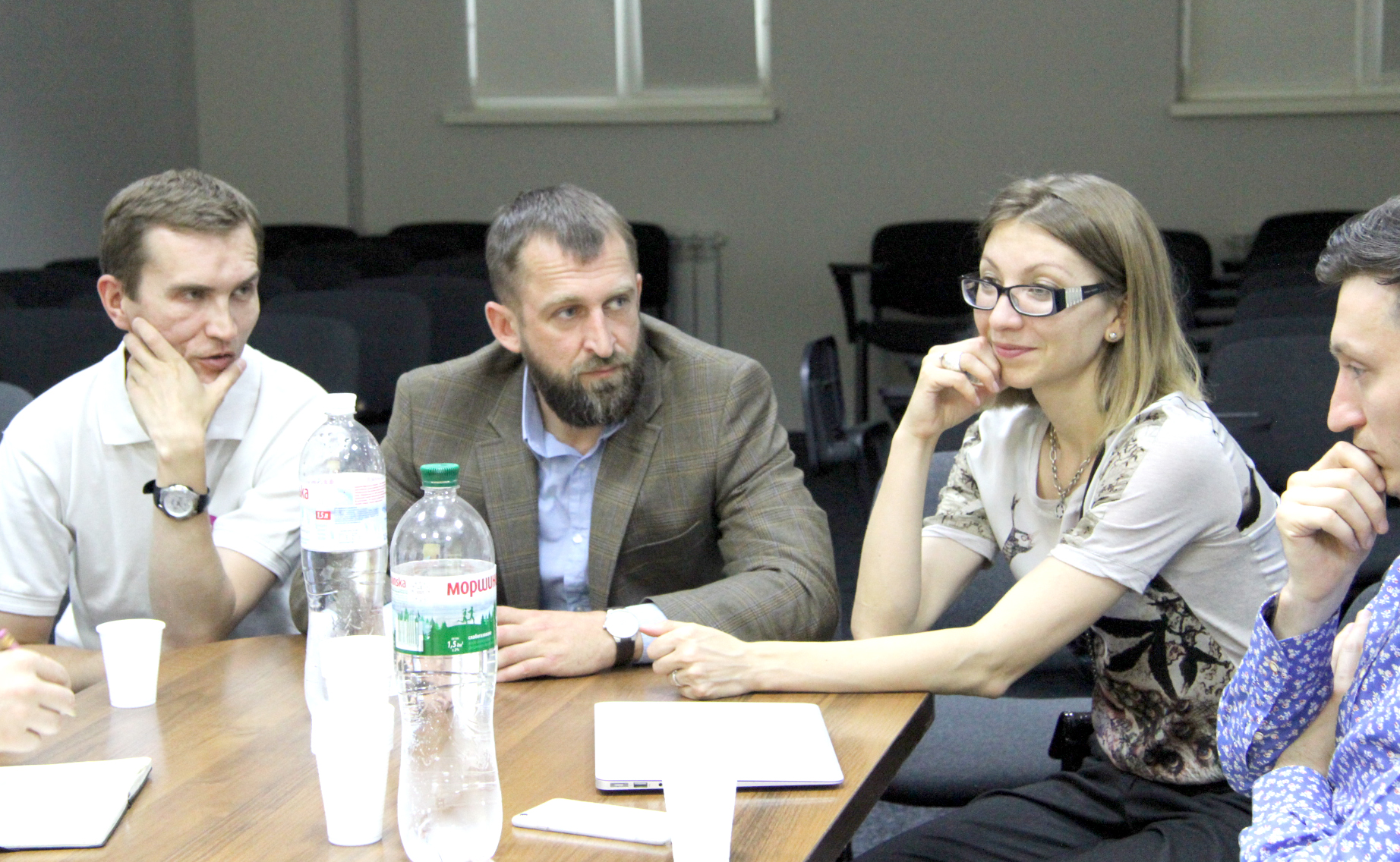 The network controls the development of the eHealth system